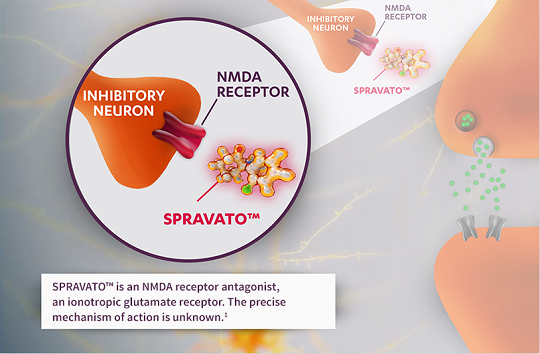 Harbor Psychiatry & Mental Health is now a Certified Spravato Treatment Center. Unlike existing ketamine treatments that can range anywhere between $500 – $800, Spravato is covered by many insurance plans and does not require IV administration. It is also a controlled medication, meaning that it can only be administered in a medically supervised healthcare setting that has been recognized as a certified treatment center.

Spravato is a nasal version of Ketamine, also known as esketamine. It has been approved by the FDA for treatment-resistant cases of severe depression. This form of depression is also known as TRD and is diagnosed when a patient’s depression remains severe and three forms of medication and therapy have been unsuccessful.

One study demonstrated that Spravato was able to reduce symptoms of depression much more quickly than traditional depression treatments. What makes Spravato unique to traditional treatments for depression is its rapid onset of action and superior efficacy. With Spravato, patients report a notable improvement in mood as early as 24 hours after the administration of treatment. This is an especially effective treatment for patients who may be in an acute crisis state and need immediate relief in order to cope. Spravato is a reliable and effective aid for severe cases of TRD and can help patients and providers keep symptoms at bay while putting corrective measures in place.

Is Spravato Right For You?

Spravato can be a great method of relief for those who need immediate relief from depression when other medications have not been successful. The medication is FDA approved but only if it is prescribed by your psychiatrist or doctor. It is only cleared for administration by a doctor so you can only receive treatment under direct supervision due to the strength of the medication.

Discussing your symptoms with one of our practitioners can help you determine if Spravato is right for you. In conjunction with our integrative treatment plans, Spravato may be a great option to help control symptoms and begin crafting more positive, constructive thought patterns and daily habits.