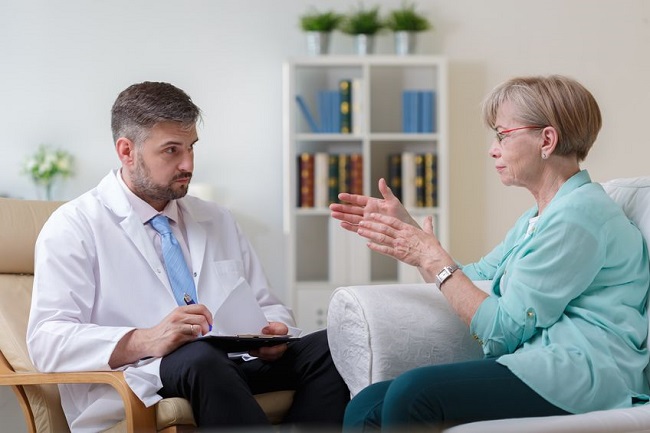 More than half of us experience at least one traumatic event (e.g., sexual assault, car crash) in our lives. As distressing as these events might be, they do not necessarily result in long-term psychological disturbance.  But when they do, they may lead to a condition called post-traumatic stress disorder (PTSD). People with PTSD suffer from intrusive memories or dreams, have cognitive and emotional disturbances (e.g., memory problems, overwhelming guilt), and regularly experience tension and irritability.  Roughly 7-8% of people in the US will, at some point in their lives, meet the criteria for PTSD. An evidence-based treatment for PTSD is called eye movement desensitization and reprocessing (EMDR).  EMDR consists of eight phases, which are briefly described below.

The first phase of EMDR begins with a full history, diagnosis, and treatment planning.  Treatment targets are also selected.  These could be traumatic memories or current triggers that remind the patient of a traumatic incident (e.g., a memory of childhood abuse).

If there have been multiple traumas, and there are many targets, the treatment will naturally take much longer. During the second phase, the treatment is explained, and the patient is prepared for the procedure.  Before beginning the treatment, the clinician ensures the patient has adequate psychological resources, such as access to positive experiences (e.g., experiences of empowerment and mastery), and knowledge of effective self-control and coping techniques (e.g., knowing how to visualize a safe place).

These psychological resources will help the patient feel stable and capable of managing the distress that may occur during the procedure.

The processing of the selected target (e.g., traumatic memory) begins during the third phase.

First, to activate the target, the patient identifies emotions, body sensations, and vivid mental images associated with the memory.  For example, an individual who witnessed a death might try to recall uncomfortable feelings of terror and sensations of shakiness.

Also important is identifying a related negative belief (e.g., “I am helpless”) and a positive replacement belief (e.g., “I can handle this”). The next stage involves desensitization.  The individual is asked to focus on the target memory—image, body sensation, and negative belief—while engaging in bilateral sensory stimulation (often eye movements). During the sensory stimulation, the patient’s eyes must track the clinician’s finger as it moves across the person’s visual field rapidly.  This is done for less than a minute at a time but repeated multiple times each session.

Depending on the specific thoughts, sensations, or feelings the patient reports after each set of eye movements, the clinician may ask the patient to focus on different stimuli during the next set.  The goal is to reach a point where the target memory no longer distresses the patient.

In Phase 5, the client is asked to focus on the traumatic incident and engage in eye movements, but while focusing on a positive belief.  The aim is to increase the subjective credibility of positive belief.

In the next stage, potential residual bodily sensations are addressed.  The individual is required to think of the target memory and the positive belief while scanning their body.  If negative sensations related to the target are detected, they may become the focus of additional eye movements, until these sensations dissipate.

Phase 7 concerns patients’ stability at the end and between the sessions.  Patients are instructed to keep a log and monitor the emergence of new trauma-related material outside the session. The last phase involves re-evaluation and takes place after initial processing is complete.  It consists of reviewing the client’s progress, and, if new memories have arisen, selecting targets for future sessions.