What Is IV Ketamine? 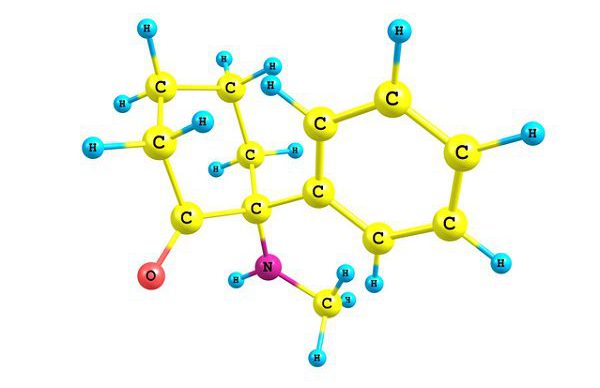 Ketamine is primarily known as a fast-acting anesthetic that can provide rapid pain relief. According to Miller’s Anesthesia, ketamine is considered a dissociative drug because of its hallucinogenic and dissociative effects. Ketamine alters sensory perception and creates feelings of detachment from oneself and one’s environment (e.g., sensations of floating out of one’s body).

For some people, these altered perceptions (e.g., of sight, sound, time) are experienced as pleasurable, which is why ketamine has been used recreationally in nightclubs and raves since the 1970s.

Aside from its uses as an anesthetic and a recreational drug, ketamine has been studied and used for the treatment of many psychological conditions and symptoms.

To discuss these therapeutic uses of ketamine, it is important to understand that ketamine comes in two forms: S ketamine and R ketamine. S ketamine is now available as a nasal spray for the management of treatment-resistant depression. It was approved for this purpose by the US Food and Drug Administration (FDA) in March 2019. R ketamine, in contrast, has been of more limited use.

IV ketamine therapy (also called ketamine infusion therapy) is fast becoming a popular treatment for the management of treatment-resistant depression and pain-related conditions.
During a ketamine infusion session, ketamine is administered intravenously (i.e. into the vein). The length of each infusion, the dose, and the choice of other drugs (e.g., a sedative) in the IV ketamine preparation are all decided based on the needs and responsiveness of the patient and the condition under treatment. For instance, treatment for depression commonly requires shorter sessions (e.g., less than an hour) and smaller doses than would treatment for pain relief or anesthesia.

The majority of patients find that ketamine infusion offers considerable pain relief. For instance, in an article in Pain Medicine, Ahern, Herring, Miller, and Frazee report that low-dose ketamine infusion was effective in managing severe pain. In their study, 85% of patients said they would want to try IV ketamine again in future for similar kinds of pain. Side effects were generally not severe and consisted of headache, dizziness, nausea, fatigue, and feelings of unreality.

As noted earlier, hallucinations and dissociative symptoms have also been reported as common effects of ketamine. These effects usually occur during the administration and for a short time afterward, particularly after the first treatment.

How effective is IV ketamine for treatment-resistant depression?

According to the website for the treatment-resistant depressive disorders at the University of Utah, 60-70% of patients experience relief. While the overall effect might last much longer, the improvement after a single fusion may last from a few hours to several weeks.

When does one know that ketamine is working?

Robert Meisner, the medical director of the ketamine service at McLean Hospital, notes that by the third session it is usually clear if ketamine works for a patient. Nevertheless, most studies use eight infusions before evaluating the effectiveness of the treatment.

What benefits does the IV ketamine offer over well-known antidepressants, like the selective serotonin re-uptake inhibitors (SSRIs)?

SSRIs do not work as well for everyone, and when they do work for a patient, they can take weeks or months to be of full therapeutic benefit. But, as Meisner explains, when ketamine works, it works rapidly. Such a rapid response is critical when a patient is severely depressed or experiencing suicidal thoughts. For these patients, IV ketamine offers new hope.