Can you tell the difference between age-related memory decline versus dementia? 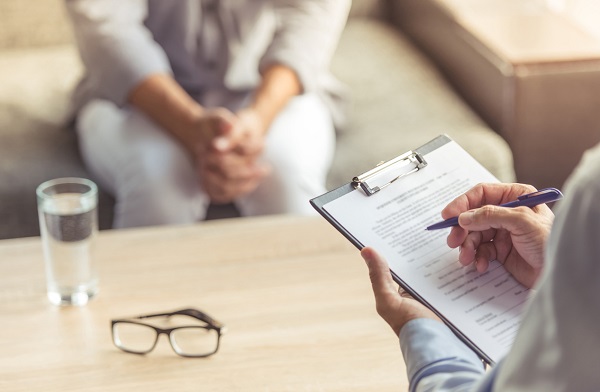 As we age, our brain changes: some of these changes are expected or age-related while other changes reflect a more significant decline that may indicate a type of dementia. A neuropsychological screener is a quick method of distinguishing between normal / expected age-related decline and dementia (including the type of dementia). The individual’s functioning capacity in different neurocognitive domains (intelligence, attention, processing speed, motor skills, spatial capacity, memory, and language) can also be assessed.

Dementia can be described as a significant decline from the previous level of neurocognitive functioning capacity (irrespective of type) as described in the DSM-5. Types of dementia include Alzheimer’s disease, Frontotemporal lobar degeneration, Lewy body disease, Vascular disease, Traumatic Brain Injury (TBI) and neurocognitive decline, HIV infection and neurocognitive decline, Prion disease, Parkinson’s disease, Huntington’s disease, substance/medication related dementia, another medical condition leading to dementia, and unspecified dementia). Dementia influences everyday functioning, and social functioning, and the cause of the symptoms marked distress in the patient. The DSM-5 allows for diagnostic categories ranging from mild to major symptoms, depending on the functioning capacity of the individuals.

When assessing the individual’s neurocognitive functioning, the following distinctions between age-related decline and dementia on neurocognitive domains include:

Dementia: Presence of anosognosia (lack of insight), there is a general decline in reasoning and problem-solving abilities that influence the individual’s functioning capacity.

Age-Related Decline: There is a decline in the mental processing speed of information.

Dementia: The decline in the speed of processing mental information interferes with the capacity for daily functioning and carrying out everyday tasks.

Age-Related Decline: There is a decline in motor speed capacity.

Dementia: The decline in motor skills interferes with daily activities such as driving, utilizing tools, etc.

Dementia: The decline in spatial capacity influences everyday functioning. For example, the individual may have difficulty with finding new places or drawing a map for someone.

Age-Related Decline: Capacity to retain memories of remote and past events is preserved, while capacity for recent past or forming new memories declines.

Dementia: Presence of aphasia, speech impairment that could be receptive and/or expressive based on the type of dementia. For instance, the patient may have difficulty following directions, understanding, and responding to conversations, difficulty with reading and written language, etc.

Dr. Nettimi, has practiced geriatric neuropsychology for over ten years. He specializes in distinguishing between age-related decline and types of dementia. Call Harbor Psychiatry and Mental Health to schedule a neuropsychological screening assessment.