ADHD Drivers 36% More Likely to Have an Accident 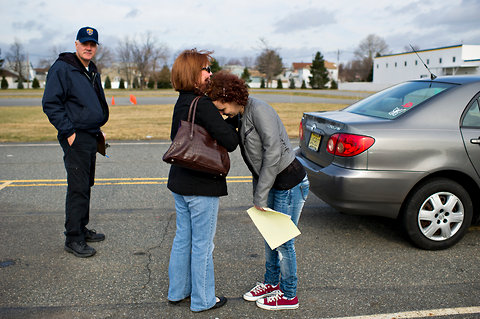 Adolescents with attention deficit hyperactivity disorder are 36% more likely than other adolescent drivers to get into a car accident, according to a study published Monday in JAMA Pediatrics.

Previous research has found much higher rates of crash risks for young people with ADHD. One 1993 study said adolescents who have ADHD are four times more likely to get into car accidents than those who don’t.

The new study’s authors noted that earlier research had limitations, such as using small samples of teens from specialty clinics and relying on self- and parent-reported accidents. The JAMA Pediatrics study used a much larger sample: 18,500 electronic health records for young people, including nearly 2,500 with ADHD. The records came from six New Jersey primary care practices that are part of the Children’s Hospital of Philadelphia network and were linked to statewide driver licensing and crash databases from 2004 to 2014.

Thomas Power, a psychologist, and co-author of the new study and the director of the Center for Management of ADHD at the Children’s Hospital of Philadelphia said the research indicates that the risks around adolescent drivers with ADHD are manageable.

“The presence of ADHD among young drivers warrants concern,” Power said. “But the findings suggest that, as a general rule, we shouldn’t be extremely concerned or fearful for allowing these youths to drive.”

ADHD is a chronic condition marked by symptoms such as hyperactivity, impulsive behavior and difficulty sustaining attention. If untreated, these symptoms can impair a driver in a way that resembles intoxicated driving, according to the nonprofit National Resource Center on ADHD.

People with ADHD are particularly at risk for driving while distracted, especially during long-distance or highway driving, the nonprofit said. Laws across the country prohibit certain actions while driving, like talking on the phone, texting, eating, drinking or fiddling with the stereo, according to the National Highway Traffic Safety Administration.

The new study found that adolescents with ADHD are less likely to get their driver’s licenses in general and are more likely to receive it at an older age.

Power said he does not think there should be any changes made to state laws to regulate licensing of adolescents with ADHD, but parents should ensure that these children are emotionally ready before getting behind the wheel.

“The first stage is to make sure the youth has sufficiently strong communication skills, problem-solving skills, decision-making ability, judgment and level of responsibility, to advance to the learning-to-drive stage,” he said.

If an adolescent with ADHD is struggling with learning how to drive, it may be a good idea for them to work with a driving rehab specialist, Power said. Such a specialist works with drivers with special needs to help them feel safe and confident while operating their vehicle.

But Stephen Hinshaw, a professor of psychology at the University of California-Berkeley who specializes in ADHD, does not see a lower-than-expected risk of accidents as a reason to worry less about young drivers with ADHD.

“If I’m the victim of a car crash and there was a one percent chance of an increase, I think it’s a major concern,” said Hinshaw, who was not involved in the new research.

The study notes that adolescents with ADHD were diagnosed based on assessments from primary care physicians, rather than more rigorous testing. This doesn’t guarantee every adolescent in the study has ADHD, he said, adding that one major cause of fast-rising rates of ADHD diagnoses in primary care doctors’ involvement in the place of a specialist.

Besides informing adolescents with ADHD about the seriousness of operating a vehicle, Hinshaw said, it is important to make sure they have a treatment plan in place. It can be medical or therapeutic, depending on the youth’s needs.

In May, a study published in JAMA Psychiatry said that drivers with ADHD who are medicated have a dramatically lower rate of car accidents.

Power wrote in an email that researchers were surprised that such a low percentage of young people with ADHD were prescribed medication by Children’s Hospital of Philadelphia system doctors at the time they received their driver’s licenses.

“This suggests that a high percentage of novice drivers with ADHD are not taking medication when they drive,” he said.

Power said this finding raises questions that warrant more research. “Why are adolescents not being prescribed medication? And why are they not using medication?” he asked. “Because there is evidence that using medication can reduce crash risk.”