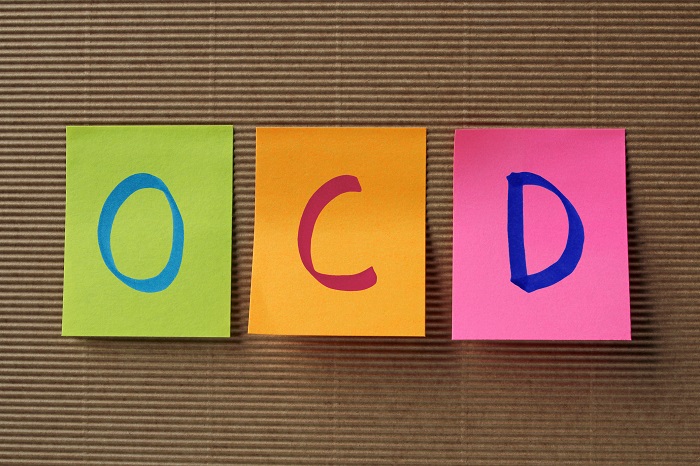 Jack is a young man who finds driving dreadful because he has these terrible recurrent thoughts about accidentally hitting a car or a pedestrian and not even noticing it. So, whenever Jack drives, he checks the rear-view mirror too frequently, constantly listens for sirens or other drivers honking (as signs of having caused an accident), and sometimes even pulls over or circles back repeatedly, checking for signs of an accident. Jack has a mental illness called obsessive-compulsive disorder (OCD). What most cases of OCD have in common is that they are characterized by the presence of obsessions and compulsions.

Obsessions are recurrent thoughts or urges that are experienced as intrusive and usually cause significant anxiety and distress. In Jack’s case, these obsessions are intrusive thoughts concerning accidentally hitting other cars or running over pedestrians.

Compulsions are attempts at suppressing or neutralizing these obsessions. Compulsions are sometimes repetitive thoughts, like repeating a calming word or counting to a magical number; more often, they are actions, like cleaning or checking. In Jack’s case, his compulsions are the checking behaviors he performs while driving.

An article by Weissman and colleagues, in the Journal of Clinical Psychiatry, suggests the prevalence of OCD is roughly 1-2%. According to the diagnostic manual of the American Psychiatric Association, the DSM-5, without treatment OCD can be chronic, with 80% of patients evaluated again 40 years later still meeting the criteria for this disorder.

OCD is sometimes confused with other psychological disorders associated with anxiety, so it is important to have a clear understanding of the signs of OCD:

1. Obsessions: As noted, obsessions are recurrent thoughts, images, or urges. Mere repetitiveness is not enough—the thought must feel intrusive and cause distress. For example, worries about an upcoming midterm exam are likely not an obsession, whereas distressing images about cheating and getting expelled as a result might be.
Common types of obsessions include obsessions related to violence (running someone over), dirt and germs (catching a disease), sex (having sex with a minor), order (distressing lack of order or symmetry), and religion (doubts regarding the correct performance of spiritual practices).

2. Compulsions: Compared with obsessions, compulsions are usually easier to spot because many involve repetitive physical actions; however, compulsive thoughts (e.g., repeating a certain word as a way to neutralize an obsession) or avoidance (e.g., refusing to drive) can also indicate the presence of OCD.

Repetitive actions are not compulsions unless they are performed to reduce anxiety or prevent a particular event related to the obsession. Checking (such as checking that the stove is turned off or the door is locked) and cleaning (washing one’s hands or household objects) are among the most common types of compulsions. Other types of compulsion include ordering (mentally counting, or arranging objects in a way to achieve symmetry) and repeating (e.g., turning the lights on and off a certain number of times).

Though the above description should help you spot signs of OCD, you may still struggle with identifying these signs if you have been living with OCD for many years. Indeed, you may have structured your life around your compulsions so well that you are no longer consciously aware of them. So, if you suspect you suffer from obsessions or compulsions, consider seeing a mental health professional. A number of effective treatments for OCD, both in the form of therapy and medications, are available and can reduce your suffering and improve your quality of life.