What Is a Panic Attack? 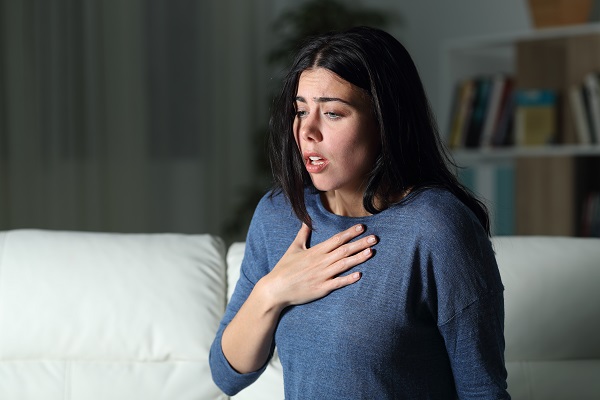 The experience of a panic attack

Imagine you are sitting in a coffee shop, waiting for a friend. Suddenly, your heart starts pounding and sweat begins dripping from your forehead. You feel nauseated and experience chills. In addition, you have this terrible feeling that a catastrophe is imminent. Frantically, you search for a cause of these rapidly occurring and deeply unpleasant experiences: Was it the coffee? Are you suffering a stroke? Or is this just anxiety, perhaps elicited by a passing thought regarding an obligation (e.g., a work presentation next week)?
You simply do not know.

Eventually, however, after about ten minutes, you begin to feel calmer. And later, by the time your friend arrives, you are once again feeling relaxed. Yet, you can not help but wonder, “What was that?”

What you just experienced was a panic attack.

A panic attack is a relatively brief period of overwhelming fear. It occurs suddenly and usually lasts a short time—in most cases, only minutes, though in rare cases it can last up to an hour or more. After reaching peak intensity, the attack slowly tapers off.

Symptoms of a panic attack

As psychologist David Barlow notes, in his book, Anxiety and Its Disorders, a panic attack is a clinical manifestation of fear. And it is associated with a variety of cognitive and bodily responses that often occur when we are exposed to something frightening and dangerous.
According to the diagnostic manual of the American Psychiatric Association, the DSM-5, the criteria for a panic attack must include at least four of the following:

Panic attacks with fewer than four of these symptoms are called limited symptom attacks.

Because the symptoms of some serious health events, such as heart attacks, overlap with those of panic attacks, some people who experience a panic attack might assume they are experiencing a medical emergency. In fact, it is not uncommon for people who just had a full-blown panic attack to call 911 or rush to the emergency room.

A visit to the doctor is necessary. To make sure the symptoms attributed to the panic attack are not actually indicative of a disease (e.g., heart disease, thyroid conditions, seizure disorders), the treating physician may perform a physical examination, obtain a medical history, and order imaging and blood tests.

Medical diseases are not the only illnesses that need to be ruled out. As the DSM-5 notes, panic attacks may occur in the context of a number of psychological disorders (e.g., panic disorder, specific phobia).

In panic disorder, panic attacks are usually unexpected. The case that began this article is an example of such an attack. In other disorders, attacks are often expected, meaning a cue or trigger may be easily identified. For instance, a person with a specific phobia who has an intense fear of dogs would typically experience panic attacks, as expected, in response to coming in contact with a dog.

Managing an individual panic attack usually involves breathing techniques, relaxation exercises, and mental practices. It is important to “go with the flow,” in the words of Stahl, the author of “Calming the Rush of Panic” than to resist it or try to escape from the attack. The treatment of recurring panic attacks, however, requires the treatment of the individual’s psychological disorder.