The Difference Between Anxiety Attack vs Panic Attack 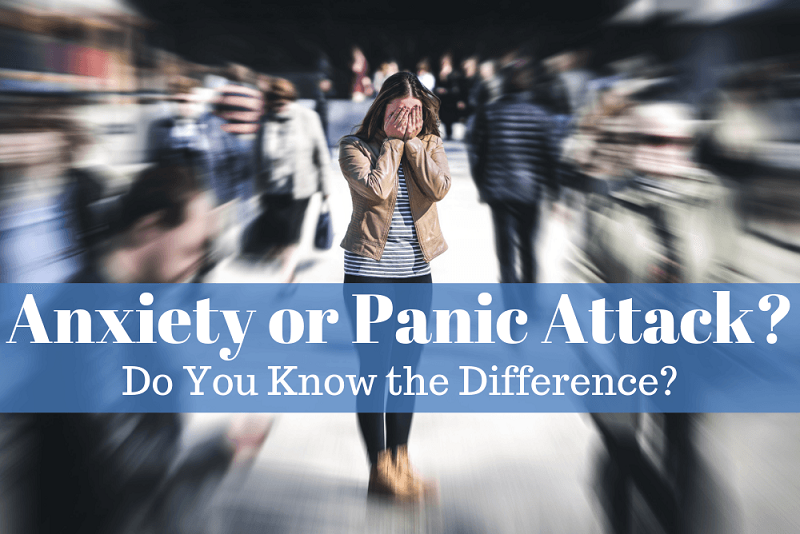 What Is the Difference Between Anxiety Attack and Panic Attack?

Do the terms “anxiety attack” and “panic attack” refer to the same phenomenon? From one perspective, they do: The term anxiety attack is another way of referring to a panic attack. This is particularly true in older clinical literature. For instance, as David Barlow explains in his book, Anxiety and Its Disorders, Freud used the label anxiety attack to refer to what we today call a panic attack. Nevertheless, a more prevalent view, which will be described in detail in the rest of the article, suggests panic attacks and anxiety attacks are fundamentally different, despite having some symptoms in common. So, how are they different? To answer this question, let us begin by reviewing the characteristics of anxiety attack vs panic attacks.

An anxiety attack is simply a period of intense anxiety.

Anxiety is a future-oriented response. For instance, upcoming medical appointments, school exams, and work deadlines are potential triggers for anxiety attacks. Relationship and family issues may also be regular sources of anxiety.

Most of us are familiar with anxiety attacks. For example, suppose it’s late at night and you are waiting for your teenage son or daughter to return home from a party. How might you be feeling? Perhaps tense, irritated, and maybe even a little nauseated. You are probably unable to stay focused on whatever task you are performing because you are easily distracted by any kind of noise. Nor are you able to sleep. You might remain in this state for a couple of hours—until your child returns or calls home.

What you are experiencing is probably an anxiety attack.

In general, an anxiety attack’s symptoms (e.g., tension, irritability, worry) are ones seen in a variety of anxiety-related conditions. Because anxiety attacks are not described in the DSM-5, the diagnostic manual of the American Psychiatric Association, there are no set criteria for deciding whether an anxiety attack is taking place. The treatment for anxiety attacks depends on a number of factors, such as whether a psychological disorder is present. In general, anxiety attacks respond well to relaxation and cognitive-behavioral interventions.

As described in the DSM-5, the symptoms of a panic attack must include at least four of the following: Palpitations, tingling and numbness, shaking, hot flashes or chills, perspiration, choking sensations, feeling short of breath, abdominal discomfort, feeling light-headed, chest tightness, feeling detached from oneself and reality, and fear of losing control and dying.

A useful way to think of the differences between panic attacks and anxiety attacks may be to consider panic attacks as manifestations of fear, not anxiety.

Unlike anxiety, which is future-oriented, panic is concerned with the here and the now. For instance, an anxiety attack might occur while you are cleaning the attic and worrying about spiders, while a panic attack might occur when you suddenly realize a spider is crawling on the back of your neck.

Compared to anxiety, panic is much more closely associated with the fight-or-flight response—the body’s rapid preparation to fight a threat or run away from it. This explains why panic attacks, compared to anxiety attacks, are often more abrupt, somatic, intense, and time-limited.
As psychologist Todd Farchione explains to the Reader’s Digest, anxiety attack symptoms are not as intense as those of a panic attack, though they may last much longer.

In terms of interventions useful during an episode of panic, relaxation practices and breathing exercises may be helpful. Recurrent panic attacks, however, might indicate the presence of health conditions or psychological disorders. Therefore, a visit to the doctor is recommended.