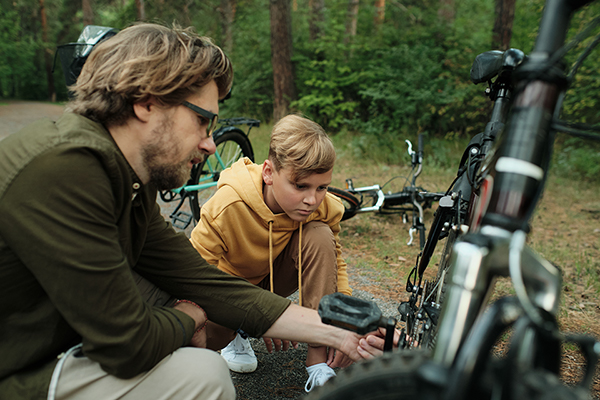 We’ve all done impulsive things in our lives and are familiar with adolescent risk taking. For some, it’s adding a dozen extra items in the check-out line at the grocery store. For others, it’s hopping in a car and taking a last-minute trip to the beach. Unfortunately, teens are especially at risk for impulsive actions due to the fact that their brains are still developing. This connection between brain development and impulsivity can lead to poor decision making and possibly substance use.

The socioemotional and cognitive developmental process during the adolescence period

Adolescence is a colorful and versatile period, accompanied by many contradictions and conflicts. Adolescents often desire to be different and unique in their thoughts, behaviors, outward appearances, and the way they are perceived by both peers and adults. However, in practice, they are generally seen as a homogenous group of individuals that share similar characteristics, such as using their own idioms and expressions, following the same fashion rules, and participating in similar activities. Indeed, it appears that one of the main motives underlying adolescent risk taking behavior is the wish to gain acceptance and confirmation from peers and significant others, often as a means of gaining self-acceptance. In accordance with socioemotional and cognitive developmental processes, this wish for acceptance and uniform identity can make adolescents socially sensitive and, in some cases, socially dependent (APA, 2002; Scott & Steinberg, 2008; Steinberg, 2008).

Individual differences in impulsivity underlie a good deal of the risk taking that is observed during adolescence, and some of the most hazardous forms of this behavior are linked to impulsivity traits that are evident early in development.

How the brain develops in adolescence time

The teenage brain is not fully developed. For the brain to completely reach maturity, it can take an adolescent well into their 20s, even their late 20s to develop completely. Specifically, the prefrontal and frontal cortex are obviously part of the adolescent brain, but they are not fully formed. As a result, teens do not have full “access” to these parts of the brain. This is the neuroscience explanation given by neurologist and author Dr. Frances Jensen as she discussed her book, The Teenage Brain: A Neuroscientist’s Guide to Raising Adolescents and Young Adults.

In the adolescent brain, the frontal and prefrontal cortex aren’t accessed with the same rapidity as the adult brain, which is why adolescents can act more impulsively. The frontal and prefrontal cortex house important executive functions like judgment and decision-making. Risky behaviors, thrill seeking, and impulsivity are not simply symptoms of “teenagehood” but symptoms of the developing adolescent brain.

As a transitional period between childhood and adulthood, adolescence involves massive developmental changes in the physical, neurobiological, psychological, and social domains (Dahl, 2004; Spear, 2000). These changes affect the way adolescents perceive themselves and others, influencing the way they feel, think, and behave. Adolescence is therefore a dynamic period that embodies the great potential for growth and development in various aspects of life (APA, 2002). Compared to children and adults, adolescents tend to be good at recognizing social and emotional information, seeking out new experiences, meeting new people, and confronting various challenges. Strengthened cognitive abilities during adolescence accelerates the acquisition of knowledge and learning of cognitive and emotional skills (Adams, 2005).

However, as a part of normative development, adolescents are also characterized by sensitivity to reward, emotionality, risk-taking, and impulsivity, with a tendency to act in the spur of the moment and to make rash choices regardless of the consequences (Scott & Steinberg, 2008). Rational choices and goal-directed behavior require control over impulses and emotions, as well as other executive functions such as initiating and carrying out a specific sequence of steps to reach long-term goals. While the development of these capacities is still in progress, adolescents are less capable of regulating and controlling their behavior, particularly in emotional and social contexts. They are more responsive to and more easily influence by their peers, and thus more likely to change their decisions and alter their behavior in response to social pressure (Chein, Albert, O’Brien, Uckert, & Steinberg, 2011; Somerville, 2013). This can result in a greater likelihood of engagement in risky behaviors, alone and/or in groups, in an attempt to elevate social status.

A great deal of research shows that poor cognitive control and the tendency toward impulsive behavior influence the ability to make reasonable choices in daily-life situations during adolescence. In fact, many risky behaviors that are closely related to impulsivity in adolescence, such as conduct disorders and drug abuse, remain limited to adolescence, with few developing into persistent criminals or exhibiting other maladaptive behaviors (Moffitt et al., 2011).

Somewhere between Adult-like and Childhood

Thus, on one hand, adolescents acquire adult-like cognitive and emotional styles that are distinct from those observed in childhood. On the other hand, they are more reactive to emotional stimuli, show susceptibility to immediate rewards, and lack orientation toward the future, which in turn reduces their fear of punishment and their impulse control, rational decision making, and reasoning capabilities (Casey et al., 2011; Scott & Steinberg, 2008).