Social Media Use and Teenage Depression 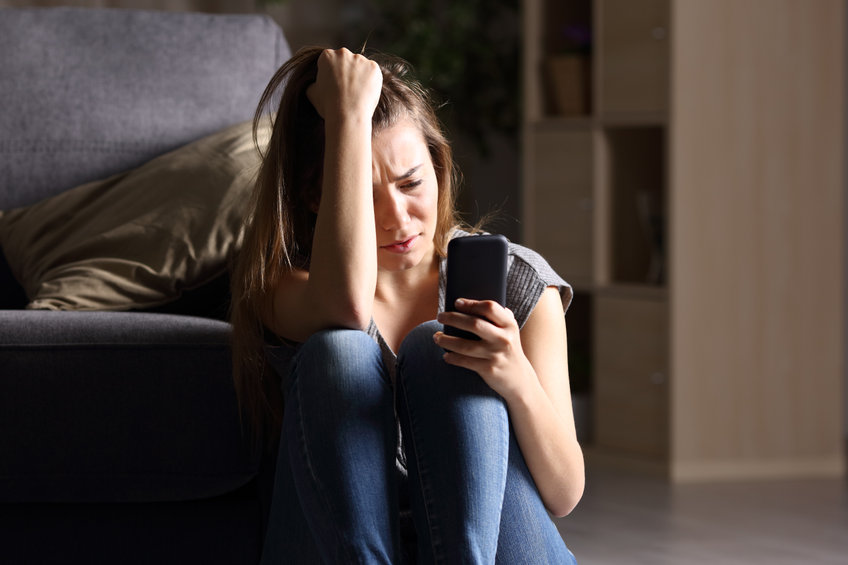 Social media use has changed our world in important ways.  For instance, social media has made it easier to interact with friends, support groups, and health providers.  This has especially benefited those isolated or who have difficulties interacting with others in person (e.g., due to chronic health conditions).

However, social media is also to blame for some social problems, including teenage depression.  Why?

As a parent, you may have many concerns about social media’s effects on your teen’s mental health.  This article examines some of these concerns and discusses what parents can do to help.

The effects of social media use

To illustrate, consider research by Jean Twenge of San Diego State University, which has noted a sudden increase in teenage depression and loneliness, starting in the early 2010s.  Exploring similar trends, including in teenagers hospitalized with suicidal thoughts, her research concluded that greater smartphone and using social media best explain this dangerous pattern.

Specifically, teens who spend more time on social media are more likely to be depressed and more vulnerable to suicide.

In what way does social media worsen mental health?  In a variety of ways: According to a recent review, social media encourages excessive social comparison, intensifies the fear of missing out, and increases exposure to violent content (e.g., self-harm behavior like cutting).  For example, some live videos of self-harm on social networks contain no warnings about the graphic content they contain; worse yet, many of the viewers’ comments on these sites agree with the dangerous behavior portrayed (instead of encouraging recovery).2

Another concern with using social platforms is bullying.  Each year, countless social networks teen users find themselves, victims of online bullying—some feel so overwhelmed that they consider or attempt suicide.  In general, girls and young women are particularly vulnerable to the negative effects of social media use.  Compared to boys, girls spend more time on social networks, are more exposed to bullying, and experience worse mental health.

How parents can help

But what can parents do to help their teens safely navigate social media?

For one, set guidelines on how to use social platforms (e.g., how many hours).  Research suggests the damaging effects of social networks typically occur with two or more hours of daily usage.

Equally important is teaching teens about the dangers of sharing private information online and posting things when feeling very emotional (posting things they might regret later).  Parents may also model healthy and appropriate behaviors, showing their teens ways to prioritize in-person interactions, use social media responsibly, and communicate with others online respectfully.

Parents should also be on the lookout for drastic changes in their teen’s behavior, such as completely ignoring the rules about responsible social networks usage, being angry or crying all the time, sleeping more than usual, or eating too little.  In such cases, their teenager might be struggling with serious mental health issues, like depression.

Of course, it may not be clear whether the teen’s depression is the cause of their irresponsible social media use or if their depression results from their online activities (e.g., being bullied).  In both cases, however, it is important to treat depression early, before it interferes with the adolescent’s life and before they act on suicidal thoughts.