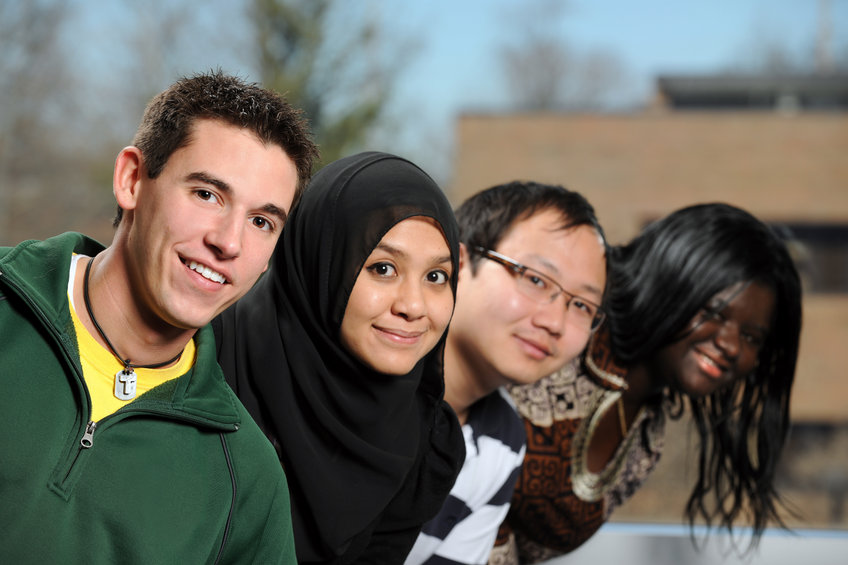 According to the Public Health Advocate at UC Berkeley, People often think of mental health as a very personal matter that has to do only with the individual. However, mental illnesses and mental health, in general, are affected by the combination of biological and genetic factors, psychology, and society. This intersectionality is important, but the heavy influence of societal factors often goes ignored. An interesting aspect of society is its diversity in cultures and backgrounds that affect an individual’s mental health-related experiences.

According to the report “Cultural Diversity and Mental Health: Culture, Race, and Ethnicity: A Supplement to Mental Health: A Report of the Surgeon General,” there are many ways in which culture showed its influence on a diversity of experiences. For instance, culture affects the way in which people describe their symptoms, such as whether they choose to describe emotional or physical symptoms. Essentially, it dictates whether people selectively present symptoms in a “culturally appropriate” way that won’t reflect badly on them. For instance, studies have shown that Asian patients tend to report somatic symptoms first and then later describe emotional afflictions when further questioned or asked more specifically. Furthermore, cultures differ in the meaning and level of significance and concern they give to mental illness.

Different cultures have their own way of sense

Every culture has its own way of making sense of the highly subjective experience that is an understanding of one’s cultural diversity and mental health. Each has its opinion on whether mental illness is real or imagined, an illness of the mind or the body or both, who is at risk for it, what might cause it, and perhaps most importantly, the level of stigma surrounding it.

Mental illness can be more prevalent in certain cultures and communities, but this is also largely determined by whether that particular disorder is rooted more in genetic or social factors. For example, the prevalence of schizophrenia is pretty consistent throughout the world, but depression, post-traumatic stress disorder, and suicide rates have been shown to be more attributed to cultural and social factors.

Based on these cultural influences and ideals, people decide how they are going to cope with mental illness and seek treatment (whether that be by seeing a psychiatrist, psychologist, social worker, primary care practitioner, clergy member, or traditional healer, etc). For instance, some Asian groups have been shown to prefer avoidance of upsetting thoughts with regards to personal problems rather than outwardly expressing that distress. African American groups have been shown to be more likely than whites to handle personal problems and distress on their own or to turn to rely on their spirituality for support.

Cultural factors often determine how much support people have from their families and communities in seeking help. This is particularly important because mental illnesses cannot simply be ignored and left untreated — doing so significantly impacts a person’s quality of life and can cause severe distress and secondary health effects.

Furthermore, research has shown that the mental health experience of minorities has been greatly affected by culture and how society at large views that culture. Racial and ethnic minorities in the U.S. are less likely than white people to seek mental health treatment, or to delay treatment until symptoms are severe.

“Cultural Diversity and Mental Health” and history of discrimination and racism

This finding has been largely attributed to mistrust due to the history of discrimination and racism and a fear of being mistreated due to assumptions about their background. This goes hand in hand with the issue of clinical stereotyping — that is, the biases that practitioners or mental health professionals have about certain cultures may influence a diagnosis. The Commonwealth Fund Minority Health Survey found that 43% of African Americans and 28% of Latinos, versus 5% of whites, expressed feeling that they were treated badly in the clinical setting because of their background.

Another issue is that poor physical health affects mental health, and minorities tend to have higher rates of chronic physical illness, which is often a risk factor for disorders such as depression and anxiety. Yet another rising issue is that of language barriers. This is an issue because aside from pharmacological treatments, a primary component of other Cultural Diversity and mental health services is face-to-face communication.

Educational materials may not be accessible in other languages, so for communities that are ethnically diverse, this can make it difficult for non-English speakers to access the full breadth of services. Furthermore, affordability and insurance coverage of mental health services is also an area of concern.

What comes to mind when you think about culture? For a lot of us, we immediately think of what’s right in front of us: unique languages, different clothing, and diverse food. But a society’s culture also impacts a person’s beliefs, norms, and values. It impacts how you view certain ideas or behaviors. And in the case of cultural diversity and mental health, it can impact whether or not you seek help, what type of help you seek, and what support you have around you.

According to research published by The Commonwealth Fund, minorities in the United States are less likely to get cultural diversity and mental health treatment or will wait until symptoms are severe before looking. In fact, only 66% of minority adults have a regular health care provider compared to 80% of white adults. Hispanic and Asian populations report the lowest rates of having a regular doctor or provider, at 58% and 60% respectively.

It’s important that we understand the role culture plays in mental health care so we can support our loved ones and encourage treatment when it’s needed most.

These are only a few ways culture can impact the perception of and treatment for mental health. Every culture and person is different and faces a unique journey to recovery.