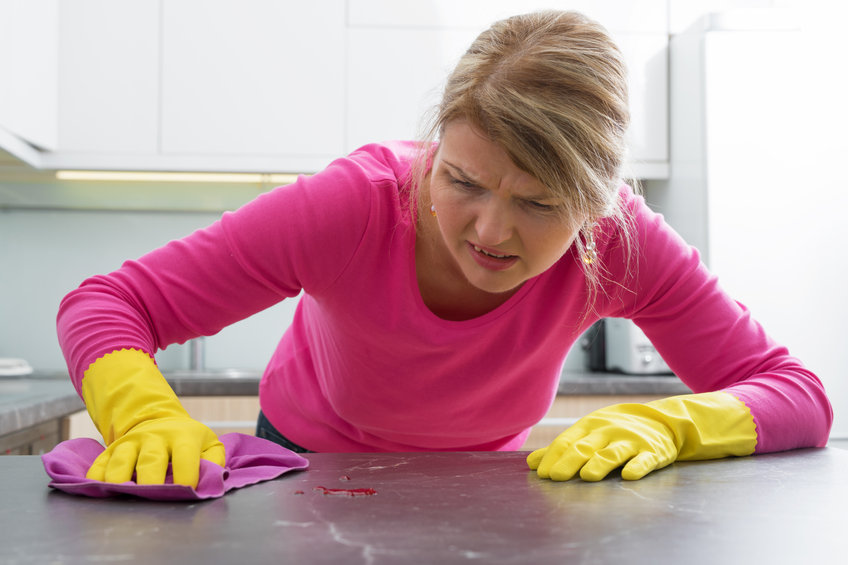 A diagnosis of obsessive-compulsive disorder (OCD) requires the presence of obsessions and compulsions.  Obsessions are recurrent urges, thoughts, or images that are experienced as intrusive and upsetting.  Compulsions are repetitive behaviors one does to neutralize or suppress their obsessions.

As described in the DSM-5, the latest edition of the diagnostic manual published by the American Psychiatric Association, the following four themes are common in obsessive-compulsive disorder: contamination, symmetry, harm, and taboo thoughts.  Below, using illustrative examples, I describe these four types of obsessive-compulsive disorder (OCD). I then briefly discuss potential treatments for OCD.

Daniel has contamination obsessions.  For instance, whenever Daniel takes out the trash, he washes his hands methodically for at least five minutes.

Contamination fears and obsessions are among the most common symptoms of obsessive-compulsive disorder (OCD).  People with contamination fears are obsessed with dirt, germs, illness, and potentially hazardous substances.  Almost anything can be viewed as a contaminant—blood, bodily secretions, spoiled foods, sticky or greasy materials, shabby-looking individuals, etc.

Zoe has symmetry obsessions.  She spends a lot of time ordering, arranging, and rearranging things.  For instance, she needs her desk organized in a particular way.  And whenever Zoe feels something is not “just right,” she arranges things again and again until it feels right.

As this case illustrates, symmetry, completeness, or exactness obsessions are usually associated with ordering and arranging compulsions.

Research suggests that compared with other people with obsessive-compulsive disorder (OCD), individuals with symmetry and order symptoms tend to have an earlier age of onset.

Jake has harmful obsessions.  Specifically, he constantly worries about accidentally causing a house fire.  So, whenever he leaves home, he checks the stove repeatedly to make sure it is off.

People like Jake—whether they feel compelled to check the stove, the door locks, or the faucets—have a fear of being responsible for the harm.

Harm-related obsessions are sometimes grouped with those of danger, loss, and even embarrassment.  Patients with these obsessions fear something awful might occur as a result of carelessness. And repeated checking serves to reassure them that everything will be okay.  In reality, of course, repeated checking may increase uncertainty.

Tina is a nurse who experiences repugnant thoughts of hurting the children she treats in the hospital.  When these repugnant or “taboo thoughts” occur, Tina tries to neutralize them by engaging in mental compulsions: She repeats, “I am a good person,” 40 times in a row.

Taboo thoughts include inappropriate thoughts that are either violent (e.g., pushing someone in front of a bus, killing one’s pet), sexual (e.g., having sex with family members, random strangers, or animals), or religious (e.g., blasphemous thoughts, fear of having sinned).

As is the case with Tina, taboo obsessions are typically linked with mental compulsions, like counting, repeating a phrase, or excessive praying.

OCD can be effectively treated with psychotherapy, medications, or both.

In cases of treatment-resistant OCD, a variety of other interventions (e.g., deep brain stimulation, transcranial magnetic stimulation) may also be viable treatment options.

These treatments can help people with obsessive-compulsive disorder (OCD) successfully manage their symptoms, regain control, and get their life back.