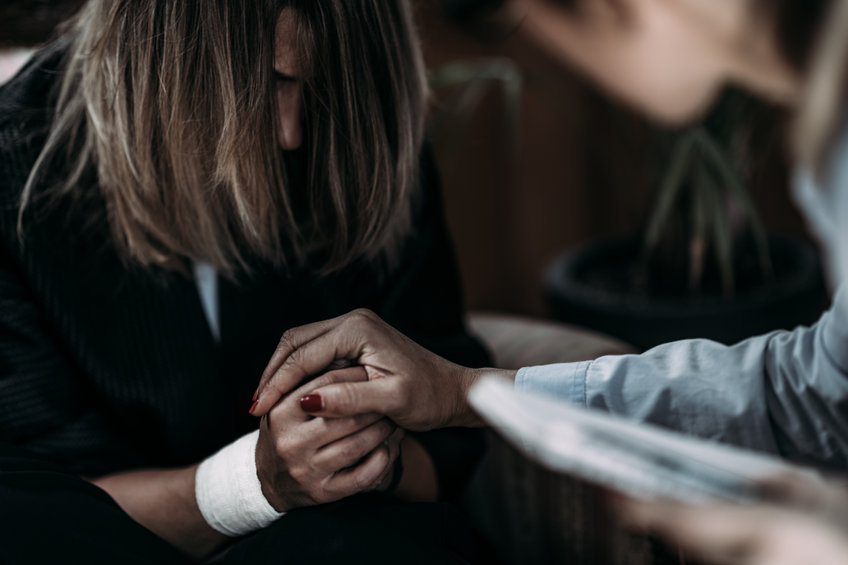 Post-traumatic stress disorder (PTSD) is a psychological disorder that results from exposure to trauma, such as being involved in a car accident or witnessing a suicide.

According to the DSM-5, the most recent edition of the Diagnostic and Statistical Manual of Mental Disorder, the symptoms of PTSD include:

Cognitive-behavioral therapy (CBT) is based on the idea that thoughts, behaviors, and feelings are interconnected; more importantly, that changes in one may result in changes in the others.

For example, individuals who have been traumatized tend to catastrophize (e.g., “Things will never get better”), which increases their anxiety and avoidance.  Replacing these cognitive distortions with more accurate thoughts (e.g., “Things are tough now but have gotten better before and will likely again”) can have a positive influence on both emotions (i.e. lowering anxiety) and behaviors (i.e. reducing avoidance).

So, in therapy, patients learn to identify and challenge inaccurate assumptions about themselves and the world and to replace erroneous beliefs with more realistic ones.

The treatment may also include mind-body interventions, such as relaxation training and mindfulness.

CPT is a highly structured treatment: Patients are first educated about the treatment model.  They are then asked to write an “impact statement” regarding the meaning of the traumatic incident and later instructed to write a detailed description of the worst traumatic event and share it with the therapist.

The therapist then uses Socratic questioning to help patients identify and challenge “stuck points,” which are distorted beliefs related to the trauma (e.g., “What happened was all my fault”).

During the second half of the treatment, patients are asked to focus, each week, on a different theme (e.g., trust, safety, power, esteem, intimacy), and to replace extreme or distorted beliefs related to the selected theme with more balanced thoughts.

In the last session, progress is assessed by comparing the initial impact statement with a newly written one.

PE, which is also a form of cognitive-behavioral therapy, commonly consists of several components: psychoeducation (about PTSD treatment), breathing retraining (to reduce anxiety, to lower physiological arousal), and two types of exposure called imaginal and real-life exposure, which are described below.

Similarly, real-life exposure involves confronting situations and activities (e.g., driving) that are avoided because they remind the individual of the trauma.  Though an understandable coping mechanism, avoidance will maintain the PTSD symptoms.

Exposure exercises, in contrast, teach the patient the avoided situation or activity is not so dangerous, he or she can tolerate the distress, and that the fear will eventually subside.