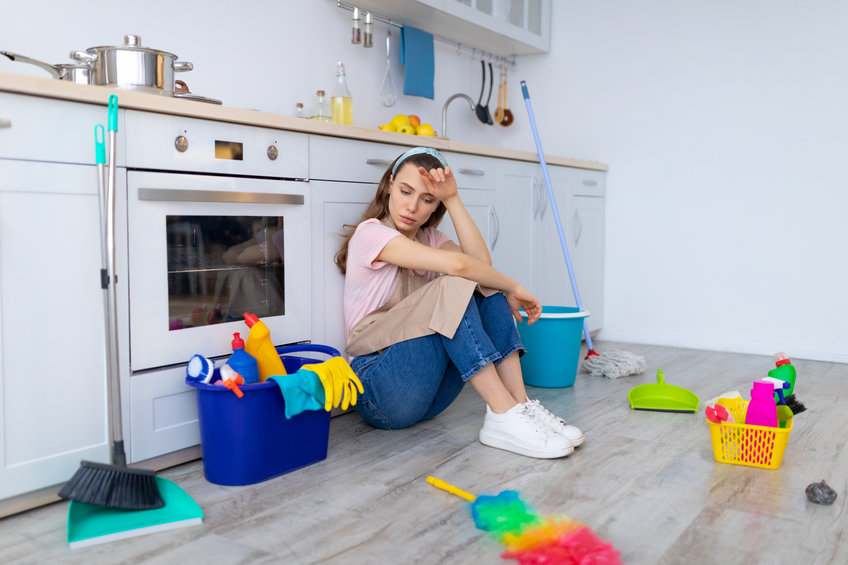 In this article, we examine this unique type of OCD, which is commonly called pure “O” OCD.

From OCD to pure “O” OCD

Obsessions are recurrent urges, images, or thoughts that are intrusive and distressing.  An example is a recurring image of a burglar breaking into one’s home.

Compulsions are meant to neutralize or prevent obsessions and reduce distress.  For example, checking the door and window dozens of times each night, to make sure they are locked.

A small number of people with OCD say they have no compulsions.  As noted in the introduction, this type of OCD is known as pure “O” OCD or primarily obsessional OCD.

The existence of pure “O” OCD is puzzling.  To understand why we need to discuss the cycle of OCD.

Perhaps the best explanation of how OCD is maintained is as follows:

If this is correct, then the way to break the cycle requires exposure and response prevention (ERP).  In fact, ERP is one of the most effective treatments for OCD.

What happens during ERP?  During treatment, the patient is exposed to stimuli that usually trigger obsessive thoughts but is prevented from engaging in any compulsions.  Eventually, the patient learns that fears and obsessions are merely passing thoughts and do not reflect reality or predict the future.  And compulsions are unnecessary.

But what about pure “O” OCD?

According to a study published in the Journal of Obsessive-Compulsive and Related Disorders, people with pure “O” OCD do engage in compulsions.

This suggests that other patients with primarily obsessional OCD may also engage in compulsions.

So why do they report no compulsions?

In other words, compulsions are not always overt, physical acts—behaviors such as washing one’s hands, checking the locks, or arranging books on a shelf.

Sometimes they are covert.

Examples of covert compulsions include mental rituals, like counting to a specific number or repeating a certain phrase in one’s head.  Even thinking about some issue or event repeatedly, as a way to reassure oneself, might be a compulsion.

For instance, a person with obsessions called taboo thoughts (i.e. sexual, religious, or aggressive obsessions), such as obsessive doubts about their sexual orientation, may review a social event repeatedly to reassure themselves that they did not feel attracted to a particular person.

In short, covert compulsions can be quite difficult to recognize.  Therefore, if you think you have pure “O” OCD, talk to your doctor or consult a therapist for an assessment.  If compulsions are identified, effective treatments such as exposure and response prevention can be applied.  This will help reduce the intensity and frequency of the obsessions.