Ecopsychology: How Nature Benefits Your Health 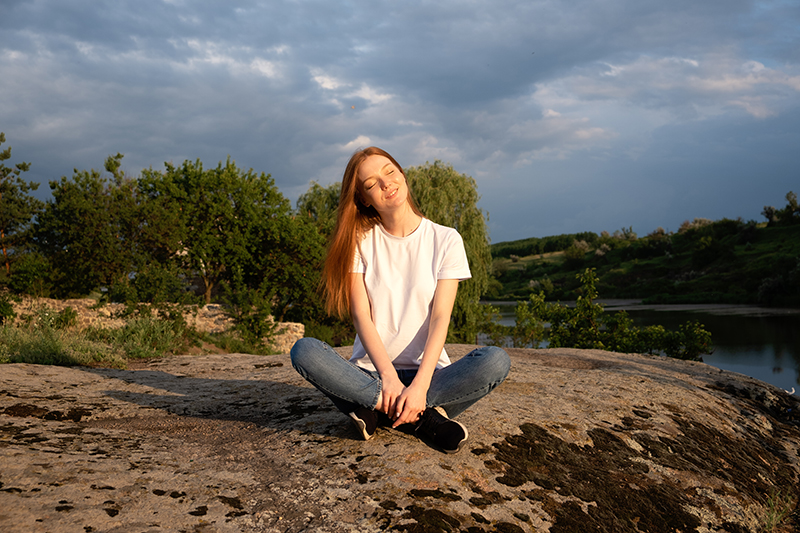 Ecopsychology is an interdisciplinary and transdisciplinary field that focuses on the synthesis of ecology and psychology and the promotion of sustainability. It is distinguished from conventional psychology as it focuses on studying the emotional bond between humans and the Earth. Instead of examining personal pain solely in the context of individual or family pathology, it is analyzed in its wider connection to the more than human world. A central premise is that while the mind is shaped by the modern world, its underlying structure was created in a natural non-human environment.

Ecopsychology seeks to expand and remedy the emotional connection between humans and nature, treating people psychologically by bringing them spiritually closer to nature. According to the National Library of Medicine, Frontiers in Psychiatry, humankind is confronted with progressing climate change, pollution, environmental degradation, and/or destruction of the air, soil, water, and ecosystems. The climate and environmental crisis are probably one of the greatest challenges in the history of humankind. It not only poses a serious current and continuing threat to physical health but is also an existing and growing hazard to the mental health of millions of people worldwide.

Jim Robbins, a veteran journalist based in Helena, Montana, discussed the following in an article that was published at the Yale School of Environment. Research points to the beneficial effects that exposure to the natural world has on health, reducing stress and promoting healing. Now, policymakers, employers, and healthcare providers are increasingly considering the human need for nature in how they plan and operate.

How long does it take to make people have a strong sense of well-being?

How long does it take to get a dose of nature high enough to make people say they feel healthy and have a strong sense of well-being? Precisely 120 minutes. In a study of 20,000 people, a team led by Mathew White of the European Centre for Environment & Human Health at the University of Exeter, found that people who spent two hours a week in green spaces – local parks or other natural environments, either all at once or spaced over several visits – were substantially more likely to report good health and psychological well-being than those who don’t. Two hours was a hard boundary: The study, published in June of 2019, showed there were no benefits for people who didn’t meet that threshold. The effects were robust, cutting across different occupations, ethnic groups, people from rich and poor areas, and people with chronic illnesses and disabilities.

“It’s well-known that getting outdoors in nature can be good for people’s health and well-being, but until now we’ve not been able to say how much is enough,” White said. “Two hours a week is hopefully a realistic target for many people, especially given that it can be spread over an entire week to get the benefit.”

The study by White and his colleagues is only the latest in a rapidly expanding area of research that finds nature has robust effects on people’s health – physically, mentally, and emotionally.

“When I wrote Last Child in the Woods in 2005, this wasn’t a hot topic,” said Richard Louv, a journalist in San Diego whose book is largely credited with triggering this movement and who coined the term Nature Deficit Disorder. “This subject was virtually ignored by the academic world. I could find 60 studies that were good studies. Now it’s approaching and about to pass 1,000 studies, and they point in one direction: Nature is not only nice to have, but it’s a have-to-have for physical and cognitive functioning.”

These studies have shown that time in nature – as long as people feel safe – is an antidote for stress: It can lower blood pressure and stress hormone levels, reduce nervous system arousal, enhance immune system function, increase self-esteem, reduce anxiety, and improve mood. Symptoms of Attention-Deficit Hyperactivity Disorder and aggression lessen in natural environments, which also helps speed the rate of healing. In a recent study, psychiatric unit researchers found that being in nature reduced feelings of isolation, promoted calm, and lifted mood among patients.

The growing body of research – combined with an intuitive understanding that nature is vital and increased concern about the exploding use of smartphones and other forms of technology – has led to a tipping point at which health experts, researchers, and government officials are now proposing widespread changes aimed at bringing nature into people’s everyday lives.

For example, researchers and policymakers now talk about “park deserts” in urban areas. Cities are adding or enhancing parks, and schools and other institutions are being designed with large windows and access to trees and green space – or blue space, as in aquatic environments. Businesses are increasingly aware of the desire among employees for access to green spaces. “It’s needed to attract a skilled workforce,” said Florence Williams, author of The Nature Fix. “Young people are demanding high-quality outdoor experiences.”

The number of “forest schools” – which have long been a tradition in Scandinavia and where much of the learning takes place in natural settings the outdoors – has mushroomed in the United States, up by 500 percent since 2012, according to Louv. Oregon passed a ballot measure to raise money for outdoor schools, and the state of Washington became the first state to license outdoor preschools, where much of the play and learning occurs outside.

The organization Children & Nature Network, founded by Louv and others, advocates for more time in nature for children, tracks the research and has a long list of abstracts that summarize studies on the subject on its website.

Ecopsychology: living within a 10-minute walk of parks matters!

The Trust for Public Lands (TPL) has just finished a seven-year project to map the parks of the U.S., with the aim of identifying places in need of parkland. “We’ve mapped 14,000 communities, 86 percent of the nation, and looked at who does and doesn’t live within a 10-minute walk of a park,” said Adrian Benepe, a senior vice president of TPL. The organization has a Ten Minute Walk campaign to work with mayors across the U.S. to make sure all people have that kind of access.

An increasing number of healthcare providers are also embracing the back-to-nature paradigm. One organization, Park RX America, founded by Robert Zarr of United Healthcare in Washington, D.C., declares its mission “to decrease the burden of chronic disease, increase health and happiness, and foster environmental stewardship, by virtue of prescribing Nature during the routine delivery of healthcare by a diverse group of health care professionals.” The organization has 10,000 parks in its “prescribing platform.”

The global Association of Nature and Forest Therapy Guides shows clients how to immerse in nature for healing. “The forest is the therapist,” the group’s slogan reads. “The guides open the door.”

Studies show that the effects of nature may go deeper than providing a sense of well-being, helping to reduce crime and aggression. A 2015 study of 2,000 people in the United Kingdom found that more exposure to nature translated into more community cohesion and substantially lower crime rates.

While more vegetation is thought to encourage crime by providing security for criminals, another study found the opposite – vegetation abundance is associated with a reduction in assault, robbery, and burglary, although not theft.

Still, many of these studies are correlational rather than causal. That means it’s hard to show that natural landscapes cause these effects, though these things happen when people are in a natural environment.

Sara L. Warber, professor of family medicine at the University of Michigan, noted that there are no “randomized, controlled studies” on the effects of nature on human health. Nonetheless, she said, there are epidiological studies and measurements of before and after exposure to nature, and the results from this research are robust.

Peter H. Kahn, a professor of psychology at the University of Washington who has worked on these issues for decades, is encouraged by the focus on the subject but concerned that the growing interest in more contact with nature relies too much on only experiencing it visually. “That’s important, but it’s an impoverished view of what it means to interact with the natural world,” he said. “We need to deepen the forms of interaction with nature and make it more immersive.”

What are the active ingredients in a dose of nature?

Pioneers in this work, Rachel and Stephen Kaplan, who began studying the subject in the 1970s, devised Attention Restoration Theory, which holds that paying attention in bustling cities, at work, or in other stressful environments requires a good deal of effortful attention. In a natural environment, however, the Kaplans found that people paid attention more broadly and in a less effortful way, which leads to a far more relaxed body and mind.

Japanese researchers have studied “forest bathing” – a poetic name for walking in the woods. They suspect aerosols from the forests, inhaled during the walk, are behind elevated levels of Natural Killer or NK cells in the immune system, which fight tumors and infections. A subsequent study, in which essential oils from cedars were emitted in a hotel room where people slept, also caused a significant spike in NK cells.

However this growing field might be defined, it is gaining momentum. In a recent paper, 26 authors laid out a framework to create a formal role for the positive impacts nature has on mental health and to formulate a model for conserving nature in cities and integrating it into planning for these health effects.

“We have entered the urban century, with two-thirds of humanity projected to be living in cities by 2050,” said Gretchen Daily, director of the National Capital Project at Stanford University and a senior author of a recent paper arguing that the cognitive and emotional benefits of nature should be factored into economic ecosystem service models. ”There is an awakening underway today to many of the values of nature and the risks and costs of its loss. This new work can help inform investment in livability and sustainability of the world’s cities.”

While the research has grown leaps and bounds, Kahn and others argue in a recent review paper that research into the topic is still lacking in many ways, and they lay out a research agenda that says would help formalize the role of nature in public health policy.

Understanding nature’s therapeutic effects may be arriving at a propitious moment. Some studies have found that anxiety over climate change is a growing phenomenon. Ironically, one of the best antidotes for that might be a dose of green space. “If I’m feeling depressed and anxious and worried about the environment,” Warber said, “then one of the best things I can do is go out in nature.”