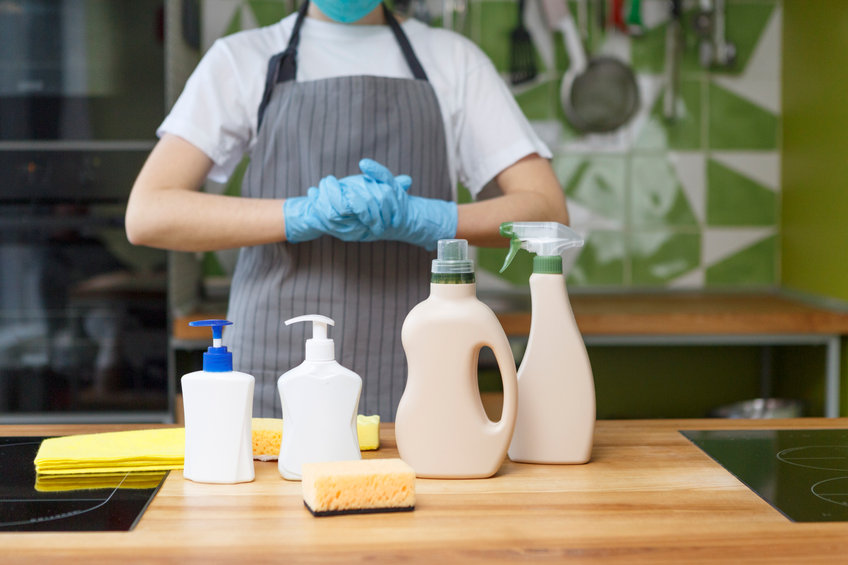 Do you know someone who spends a lot of time washing, wiping, scrubbing, polishing, and tidying up?  Have you ever wondered if these behaviors could indicate a psychological disorder?

The compulsion to clean is a common manifestation of obsessive-compulsive disorder (OCD).

As described in the American Psychiatric Association’s diagnostic manual, OCD is a psychological disorder characterized by obsessions and compulsions.  Obsessions are repetitive and intrusive thoughts, urges, or images that are experienced as distressing.  Compulsions are actions performed to reduce distress or prevent a feared outcome from occurring.

In cleaning-OCD (also called contamination-related OCD), the obsessions are typically related to germs and disease.  The compulsions, therefore, tend to be behaviors like cleaning, which are intended to remove contamination and prevent disease.

The present article explains the potential causes of cleaning-OCD (disgust avoidance and harm avoidance) and how cleaning-OCD can be treated (psychotherapy and medications).

Many patients with cleaning-OCD show high disgust sensitivity.  They experience more disgust than the average person and, as a result, are more likely to avoid disgusting stimuli.  In fact, some research suggests disgust sensitivity predicts compulsive washing.

Cognitive-behavioral models of OCD suggest contamination obsessions are related primarily to fear of harm than disgust.  And those compulsions are meant to prevent harm than to avoid disgusting stimuli.

In addition, some sources of disgust mentioned in the previous section are also associated with potential harm.  For instance, body products such as blood can transmit hepatitis B, hepatitis C, HIV, etc.  And certain insects and animals that are usually considered disgusting, like fleas and rats, can carry diseases too (e.g., typhus, leptospirosis).

Treatment of OCD includes both medications and psychotherapy. Commonly prescribed medications are listed below.

ERP requires repeated exposure to relevant obsessional cues without engaging in compulsions.  A patient with cleaning-OCD, for instance, might be asked to touch a dirty object without washing his/her hands afterward.  In therapy, the patient is initially asked to construct an “exposure hierarchy,” which is a list of situations to be confronted during exposure.  These situations are ordered from least to most distressing.  The patient starts exposure with the least distressing cues (e.g., touching a dirty doorknob), and works his/her way up to the most distressing situations (e.g., touching a toilet seat).

Exposure and response prevention can be difficult.  After all, it involves exposure to stimuli that are feared and avoided.  That is why it is important for patients to work with an experienced and qualified therapist who is able to provide encouragement and support when the going gets tough.

With practice and support, it is possible to make significant progress in a short time.  With repeated exposure to the obsessional cue, patients learn they are able to tolerate the anxiety; more importantly, they learn that their anxiety will come down (without compulsions).  In this way, patients become empowered to break the cycle of obsessions and compulsions.