Effects of Technology on Mental Health 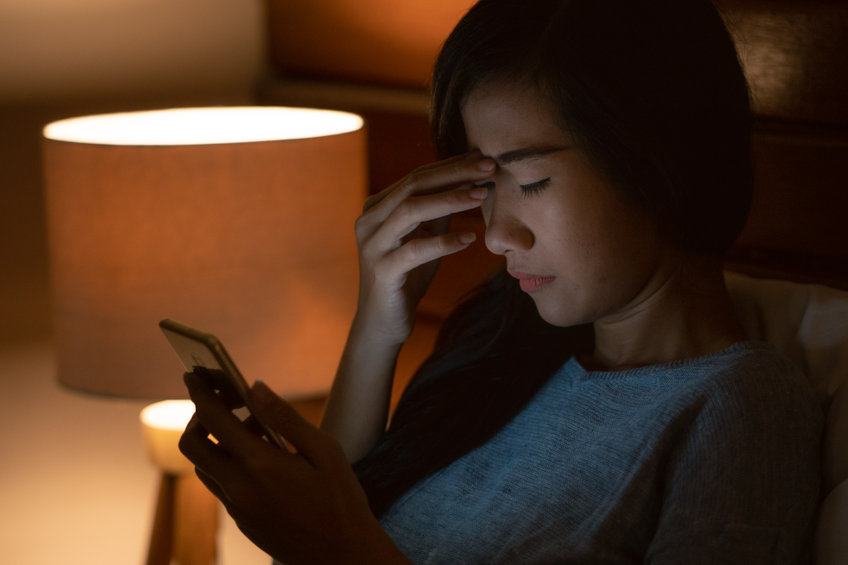 Jon Johnson at Medical News Today stated that people are more connected than ever, thanks in large part to rapid advancements in technology. While some forms of technology may have made positive changes in the world, there is evidence for the negative effects of technology on mental health and its overuse, as well. Social media and mobile devices may lead to psychological and physical issues, such as eyestrain and difficulty focusing on important tasks. They may also contribute to more serious mental health conditions, such as depression. The overuse of technology may have a more significant impact on developing children and teenagers.

According to All4Kids, in our ever-changing world, the use of technology is continuously expanding. It influences every area of our lives, from our ability to communicate with loved ones to accessing information at our fingertips. Unfortunately, we have also seen a number of negative effects of technology on mental health as well.

While technology has opened up links for individuals to readily access information, help, and support, there are significant risks associated with its increased usage. With technology becoming more prevalent in children’s lives, it’s important to decide what age kids should get a phone as there can be lasting effects of phone usage at an early age. Specifically, screen time and social media use among kids and teens have been linked with an increased prevalence of mental health concerns. The effects of technology on mental health in children and teens can have an impact on social skills, their development and can be linked to a number of other subsequent factors. Research has indicated that Internet addiction, particularly among younger demographics such as teenagers, is becoming a widespread issue. It has been linked to depression, low self-esteem, and loneliness – symptoms that often lead to diagnosable mental illnesses and worsening issues that were already present. The passive use of social media sites (such as Instagram, Twitter, Snapchat, and Facebook) is specifically linked to being a risk factor for increased levels of depression. Overall, in terms of the relationship between screen use and both physical and mental health outcomes, there have been several studies that suggest higher levels of screen use in children and adolescents is associated with reduced physical activity, increased risk of depression, and lower well-being.

While not all mental health concerns among young people can be linked to technology, it is important to recognize the vast amount of children who are impacted by these issues. Research finds that 1 in every 5 children between the ages 13-18 have, or will have, a serious mental illness before they reach adulthood. Within this group of children:

Unfortunately, the effects of technology on mental health in children and youth are not only spreading to a larger population but they have also been shown to be long-lasting as well. To put things into perspective, about 50% of lifetime mental illness cases started at the age of 14 and 75% began by the age of 24. With this in mind, it is important to take cautionary steps to mitigate potential risk factors for our children, including their access to technology. These steps can include adding parental controls to limit the amount of time your children can have on their mobile devices or while watching television. It is important to keep in mind how a child’s exposure to technology and social media can leave a lasting impact on their mental health.

As their parents, it is your duty to find other activities for your children to become involved in. Whether that means enrolling them in a child’s summer camp, putting them in art classes, or even just organizing extra parent-child bonding activities throughout the week. Being involved in these other activities can have positive effects on children’s behavior and their quality of life. Having different activities available means that your children will not solely have to depend on a screen for entertainment. Ultimately, focusing less on technology usage and prioritizing other activities can stimulate your child’s brain and have positive effects of technology on mental health that will ultimately benefit your child.

Effects of Technology on Mental Health | How we can help?

It may be nearly impossible to avoid technology in all forms, but it is important to monitor your kids and limit the amount of time spent on social media or looking at a screen. The American Academy of Pediatrics recommends less than one to two hours of entertainment screen time per day for children and discourages the use of any screen media by children under two years of age. Additionally, using screens for communicating with friends and loved ones may be beneficial for some children and teenagers, but it is important that parents monitor this use to ensure that it is positive. It is recommended that parents and caregivers use technology alongside children and youth, and engage them in discussions about safe and healthy media use. This can help your child create healthier habits when it comes to using technology and social media that will benefit them in the future.

Because children don’t start showing symptoms until they are around 8 to 10 years old, mental illness in kids can go undetected. As parents, it’s imperative that you learn the tell-tale signs and symptoms associated with mental health disorders so you can get your child the treatment they need should an issue be present. Below are some of the most common warning signs in teens and adolescents:

If you suspect that your child may be experiencing a mental health condition, do not wait to seek help. There is no shame in going to a clinical psychologist that specializes in psychotherapy for kids when it comes to mental disorders. If you don’t know where to go for help, consider talking to your child’s school counselor, their pediatrician, or even a mental health specialist within your area.

Even if your child is not showing symptoms of a mental health disorder but appears to be a little too attached to their phone or computer, it’s important that you sit down with them and explain the dangers of technology. Creating these boundaries and informing your children about potential threats is an excellent way to stay prepared should an issue arise. Create an open discussion with your children and listen to their thoughts and concerns about social media. Does screen time support their health and well-being? Do they show depressive symptoms when talking about their social networks? Moving forward, try to be as vigilant as possible when it comes to monitoring their screen time. By being prepared and being open with your children, you’ll hopefully be able to prevent or worsen mental health conditions within your kids. And remember, if your child does need mental health treatment, get them help as soon as possible.